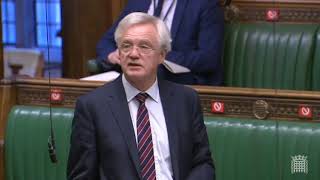 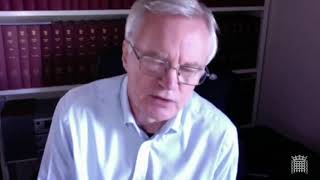 As published in the Evening Standard: Former US defence secretary James Mattis told Donald Trump that “the more you cut aid, the more I have to spend on ammunition”. But he also told his troops in Afghanistan, “if in order to kill the enemy, you have to kill an innocent, don’t take the shot. Don’t […]

David Davis MP and Bob Blackman MP write on how ten years on, the Government must right the wrongs of the Equitable Life scandal

As published in the Times: This year marks two significant milestones in the unfinished fight for justice for the victims of the Equitable Life scandal, in which over a million policyholders lost part of their pension savings as a result of a decade of regulatory maladministration. It also provides an opportunity for a Conservative government […]

As published in The Times: This weekend marks the fifteenth meeting of the G20, when the summit will be hosted by Saudi Arabia. The theme, “Realising Opportunities of the 21st Century for All”, will touch on the Middle East and global threats such as terrorism. Human rights campaigners have criticised Saudi Arabia’s hosting of the […]

As published by Conservative Home: The soap opera that was the departure of Dominic Cummings from Downing Street was marked by his numerous enemies heaping dirt on his metaphorical grave and stamping on it. This was perhaps inevitable, given his aggressive personal style, and his inability to see an institution without attacking it. From members […]

As published in the Daily Telegraph: As the UK Government, and governments around the world, grapple with the challenges of the second wave of the Coronavirus pandemic, it is absolutely crucial that we learn the lessons of the past six months. Whilst the Government has rightly stepped in to support sectors that have been disproportionately […]

As published in the Times: On September 14 2003, Baha Mousa, a hotel receptionist, was dragged from his desk, handcuffed and taken to a detention facility in Basra along with six other Iraqi men by British soldiers. While detained, the seven men were allegedly hooded, beaten, and deprived of food, water and sleep. The soldiers […]